The history of a success.

For over 40 years, Isolgomma has been producing and distributing products and solutions for acoustic insulation and vibration damping geared towards improving the quality of life.

Isolgomma was founded in 1972 on the initiative of Bruno Grazioli, a pioneer in the development of recycled rubber products. The company began producing impact sound insulation materials at a time when buildings were not required to fulfil specific regulations and quality standards.

Ever since the outset, the company decided to implement cutting-edge technologies, leading to the creation of innovative high-performance products covered by patents, coupled with solutions tailored to any customer need.

Subsequently, the company decided to expand into new sectors, chiefly the rail transport industry. As a result, in 1986 the company delivered its first supply of vibration damping mats for a railway line in Lyon, France. Meanwhile, the existing product range was supplemented with new solutions for the acoustic insulation of walls.

In 1999, the company relocated all its production and research activities to the new plant based in Albettone (Italy), and obtained the ISO 9001 certification in 2001. 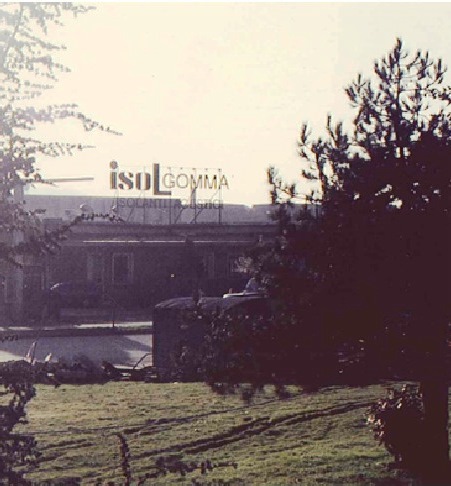 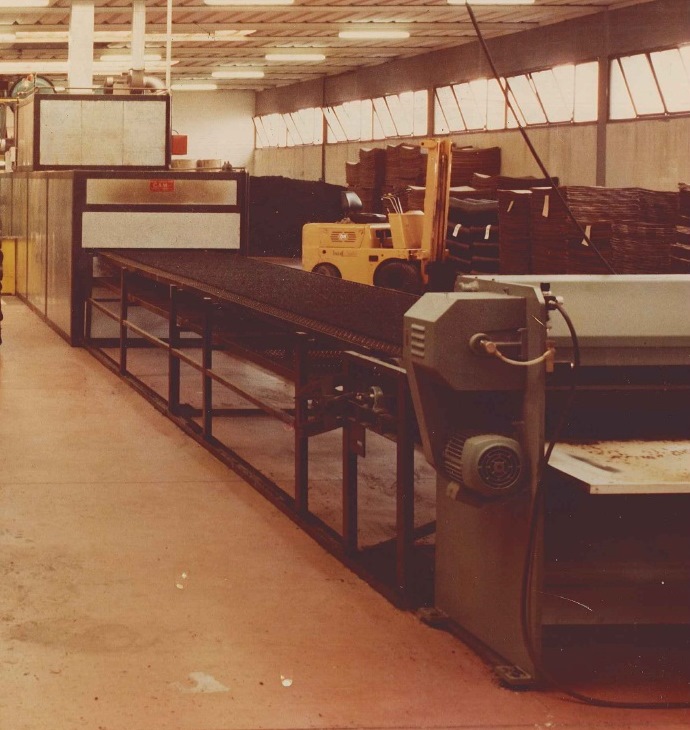 Starting from 2002, the company began a fruitful collaboration with the University of Naples – ‘Federico II’, aimed at searching for new products for surface, tunnel and underground railway applications. In addition, the company inaugurated the research centre based in Pozzuoli.

Over the subsequent years, Isolgomma obtained the ISO 14001 and OHSAS 18001 certifications that have since consolidated the brand’s reputation worldwide.

Further investments for sustaining the R&D Department were made starting from 2008, with the construction of the in-house acoustics laboratory developed in collaboration with the Department of Applied Physics of the University of Padua, in conformity to the requirements of the ISO 140-1 standard.

The study and creation of eco-compatible products, combined with the manufacture of highly performing items, have firmly established Isolgomma’s reputation on both the Italian and international markets in the construction, industrial, transport and special paving sectors, culminating in the first sales office inaugurated in Sao Paulo, Brazil, in 2012.

In the subsequent years, the company became increasingly specialised in the creation of innovative systems for vibration damping and launched new ranges dedicated to building restructuring and renovation.

ISOLGOMMA S.r.l. is founded in Vicenza by Bruno Grazioli, a pioneer in the development of recycled rubber products for the building sector.

Start of production and commercialisation of the Roll range consisting of impact sound insulation mats.

First application in the rail transport sector, on the D Line of the Lyon underground.

The product range is expanded with the Mustwall range for the acoustic insulation of walls.

The company relocates to Albettone (VI).

Inauguration of the Research Centre dedicated to the rail transport sector, in Pozzuoli (NA).

Production and commercialisation of the Grei range for floor insulation begins.

Construction of the in-house acoustics laboratory, developed in collaboration with the Department of Technical Physics of the University of Padua, in conformity to ISO 140-1 standard requirements.
Isolgomma obtains the ISO 14001 and OHSAS 18001 certifications.

Start of production and commercialisation of materials for thermal-acoustic insulation of plasterboard walls.

Innovation of Flooring lines for safety, playground and sports areas.

Launching of the Megamat range for vibration damping.

Construction of the new conference room, used for organising in-depth courses, seminars and meetings for training and informing practitioners.

Development of the ‘Wood’ project, based on Isolgomma’s know-how acquired in the building sector.

Moving to Albettone headquarter of the Research Centre dedicated to the rail transport sector.

Sustainable acoustic well-being: for over 40 years, we at Isolgomma have been offering solutions for acoustic insulation and vibration control.